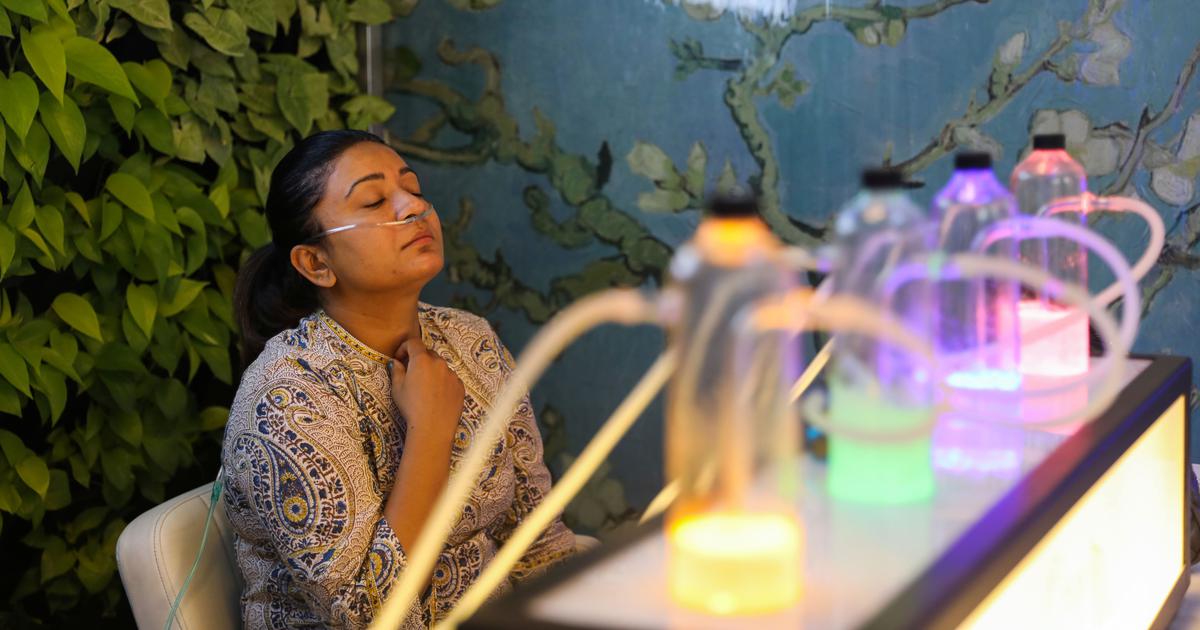 Oxygen bar was started by 26-year-old entrepreneur Aryavir Kumar in South Delhi’s upscale Select City Walk mall in May. Aryavir says the business was slow for many months but since the pollution levels went up, the oxygen bar has been much in demand.

The way he saw it, his startup Oxy Pure “oxygen bar” would offer bursts of fragrant, purified oxygen to clients seeking relief from jet lag, sleep disorders, hangovers and even depression. However, Delhites were less than enthusiastic for a long time until now when the outside air is hard to breathe leading to many cases of Asthma in the city.

People are of course looking for scapes from the polluted air and oxygen bar is the right place to go in such conditions.

In October, pollution levels peaked to hazardous levels. Schools were shut. And for the last week, Delhi residents desperate for clean air have thronged Kumar’s establishment, eager to avail themselves of 15-minute sessions that start at Rs 299 and go up to Rs 499.

“The first month was slow but we are now making profits,” said Kumar, whose family owns the Clarks Group of Hotels, a hospitality company that runs a chain of around 90 hotels in India. Kumar first saw an oxygen bar in Los Angeles in 2015. His motivation for opening something similar in India was simple: “I started it because the concept is cool,” he said.

Thanks to the recent rains in November which have made things a little better and pollution levels have gone down as a result.

We need to take the precautions (gvt and people together) so it doesn’t happen again in future. This post from FirstPost and this one from DowntoEarth gives some good solutions to Delhi pollution.